克里斯托弗“Bird” Clark is a man that started in the streets hustling as a young man. Wanting to get away from the street life, 鸟 decides to finish high school and go to college to further his education. A chance meeting with an older fellow student pulls him right back to the streets. 鸟 eventually grows up to be a dominant force in the streets, but 在 what cost? With old enemies plotting against him, 鸟 fears for the life of his family as well as his own.

亡者’s Curve is an interesting tale about a young man who has to choose between the streets or living life on the straight and narrow. Robinson did a good job with the development of characters for this story, but there were a few editing issues. Throughout the book, it was hard to tell when things were occurring and how much time had passed. It is mentioned in the beginning of the book that 鸟 was thinking about the past, which was the early 1990s. But then for the rest of the story, you have no idea what year it is or if the book ends in the present day or not. The reader is left to assume the exact time period by the ages of certain characters. There were also some situations that were just left open by the end of the book that leaves you with more questions than answers. 亡者’s Curve仍然是Tavorris Robinson出色的处女作。 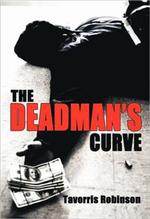